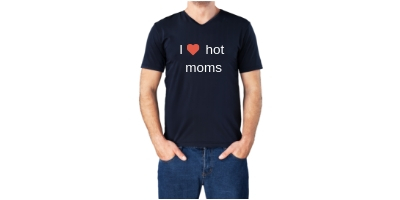 Beyond email, discovery and social media

When the previous generation of lawyers thought of court order discovery, they may have imagined rooms stacked with boxes containing countless documents. Today, it is often hundreds of thousand if not millions of emails, word documents and PDF’s copied from a corporate network.

Should we now be thinking of Facebook posts, tweets, webpages and Snapchat?

According to the law the definition of ‘documents’ is fluid for the purpose of discovery and ‘any record of information’ is a valid target for a discovery order.[1] As a result, there are no boundaries in terms of the communication platform used.

Depending on the case your social media accounts (no matter how private you intended them to be) may still be called upon by the court.

It is still unlikely that your entire sordid social media past (you are squeaky clean right?) will be collected due to the other criteria of discovery. The documents must be directly relevant to issues raised in the pleadings and the discovery must be proportionate in time and cost to the matter being heard.[2]

The court would be unlikely to approve orders relating to all information contained in a social media account unless there was a very real possibility that this ‘catch all’ would yield relevant information. This kind of discovery is more likely in cases related to personal injury or sexual harassment where the veracity of a claim is likely to be tied with personal messaging. Lester v. Allied Concrete Company is an American case where a post of a widower wearing an ‘I [heart] hot moms’ was deemed admissible in court to demonstrate the ‘grieving’ plaintiff’s state of mind.

Increasingly common is the use of less formal workplace driven corporate networking tools such as Cisco Webex / Jabber or Microsoft Teams.

These platforms invite less formal communication than the traditional email but still contain a lot of work product and are more likely to get caught up in discovery than personal accounts. In the past all manner of ‘off the record’ conversation that was made in private would perhaps stay that way. Today, these same comments are often casually shared over a chat service, perhaps with the person in the same room to avoid unwanted listeners – this time though it has become a potentially discoverable document.

In the Fair Work Australia case Glen Stutsel v Linfox Facebook posts were used at the hearing. It was noted that: the conversations were of ‘a group of friends letting off steam and trying to outdo one another in being outrageous’ and of ‘a conversation in a pub or cafe, although conducted in an electronic format.’ Unfortunately, the pub conversation that may have once helped workers let of steam does not transition carefree into electronic communication.

But I can just delete it right?

Deleting a social media post can be considered by the court as the destruction of discoverable material and legally is the same as going through boxes of paperwork and shredding documents you don’t want the other party to see.

Once the Court has put you on notice your electronic communications must be preserved.

Deleting them can amount to an attempt to pervert the course of justice. Also, most conversations have another party and servers can keep messages, comments and posts long after they are deleted so your record is likely not the only record of what transpired.